The game of Baccarat, which started in Italy during the middle ages, has had a long and varied history – and with it’s easy to learn rules it’s suitable for avid players and novices alike. It’s found on gaming floors around the world as well as being available online and has one of the lowest house edges around when compared to other casino games.

As the game grew in influence, and over the decades, numerous variations of it have appeared, each with the same ground rules, but subtle differences. The main variations to know are Mini Baccarat, Baccarat Banque, Chemin de Fer, and Punto Banco – as well as European Baccarat.

Following the standard rules, the main distinguishing feature of European Baccarat is that it’s the only version of the game in which the player has the ability to stand, or draw, once the total of his hand reaches five. The Banker, on the other hand, is always able to choose whether to draw another card, or not. Just remember that the player and Banker hands don’t belong to anyone, they are the hands you’ll be betting on to win.

This version of the game is a miniature version as only up to seven players can join in. It’s used in various countries but is mostly favoured in the United States of America. Instead of three croupiers being available for the varied positions, there is only one who will be both the Banker and the dealer. The best feature about this iteration of the game is its low bet rates, and the fact that unlike other baccarat versions, the playing table is not in a roped off area in physical casinos 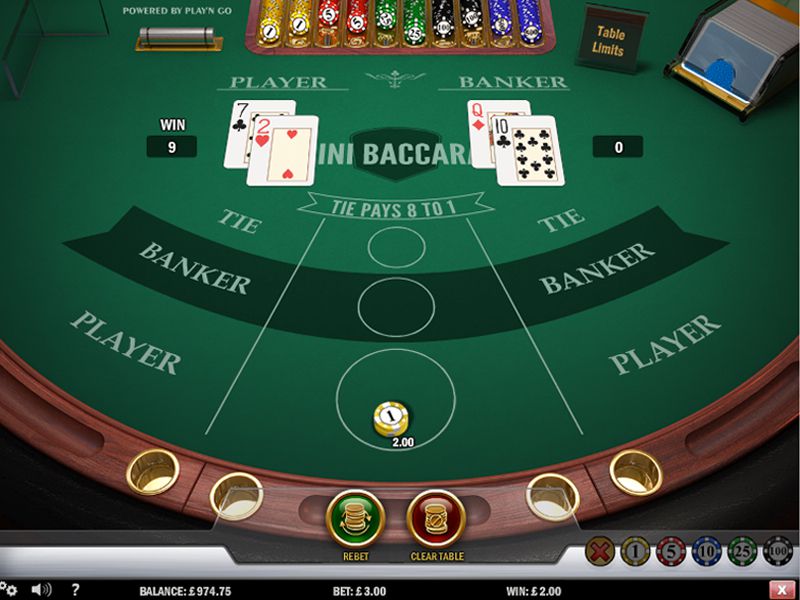 This style of baccarat is said to hail from Argentina and is played across Latin America. The Cuban version of the game allows 14 players to join – the highest number allowed in baccarat. The players are called Punto, while the Banker is called Bunco, and the dealer does all the shuffling and dealing. The third card is always dealt and turned, and the winner is then chosen by the dealer or croupier.

For baccarat banque, one of the players will be chosen as the dealer for the entire game, unlike in Chemin de Fer where all players get a chance at this role. Less decks are used in this version and it’s one of the more popular types of baccarat in Europe, since it also comes with a big bet options for players.

In this French version of the game only six decks of cards are used. The croupier’s main function is to shuffle the cards, and the cards are then distributed by the player who is the Banker – and all players get a chance to be the Banker. Bets are made with active participation from the Player, since all cards are dealt face down, and it’s up to the Player to choose if they will turn the third card, or not.