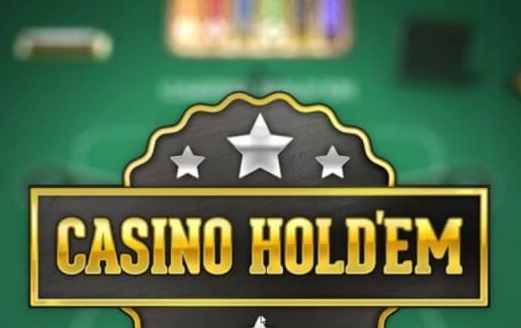 If you enjoy the action of Texas Hold’em but you wish that the game was faster and slicker, then Casino Hold’em is an option to consider. Available as a live dealer offering at many online casinos, it offers a streamlined version of one of the most popular card game variants.

For players with little to no experience playing the variant named for the state of Texas, Casino Hold’em offers a comfortable introduction to the gameplay that famously includes community cards.

In the late 1990s, Poker player Stephen Au-Yeung wanted to teach his gaming partner how to play Texas Hold’em. To make the concept of using community cards a little easier to understand, he compressed the various betting stages of the original variant.

We can only assume that Au-Yeung’s idea was successful, but what we do know is that he quickly realised that his adaptation had potential as a house game. He altered it further by excluded the possibility of other players, so that the game is played against the house. Dubbed Casino Hold’em, the new variation was launched in 2000 in South Africa, Egypt, and Russia.

Casino Hold’em’s popularity continued to spread after it was demonstrated at the World Gaming Congress Expo in Las Vegas in 2001 and at the International Casino Exhibition in London in 2002. Since then, award-winning software providers have created online versions as well as live dealer versions of the game.

How to Play Casino Hold’em

Casino Hold’em is normally played with a standard deck of 52 cards. The game will begin after you place your Ante or opening bet. Most versions of the game also give you the option of placing a side bet, which you can do after you place the Ante bet.

The dealer then deals 2 face-up cards to you, and 2 face-down cards to him or herself. They will also deal 3 face-up cards to the table as community cards. If it looks like you have a hand that stands a chance of winning, and that could be further improved depending on what else is dealt, you can Call by placing a bet that is twice the size of your Ante bet. If you do not think your hand has a chance of beating the dealer’s, you can Fold or quit the round.

If you call, the dealer will deal 2 more face-up cards to the table, bringing the number of community cards up to 5. The software or the dealer, who needs a pair of 4s to qualify, will check both hands, making the strongest possible combination for each using the 2 cards dealt initially and any of the community cards as required before announcing the winner.

How The Side Bet Works

If you take the option of placing the side bet when you play Casino Hold’em online, its outcome will be calculated using the 2 cards you are dealt as well as the first 3 community cards. In some versions of the game, it will pay out for a pair of Aces or better. In other versions, you need a straight flush to win the bet.